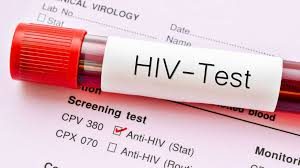 Here I need to go back a bit to lend the next episode context.  One night, shortly after I’d returned from Peace Corps my brother Bill and I were sitting around having a couple beers.  He mentioned a woman he was spending a lot of time with and I asked if they had anything serious going on.  He said, “Oh no, it’s not like that.”  And I said, given how attractive I thought she was, he must be either blind or gay.  Bill responded, “Yep, I’m that.”

I was pretty sure he wasn’t blind, so I realized he was telling me he was gay.  He was my best friend and yet somehow I had never thought about his sexual orientation. He said he had kept it to himself because it upset a lot of people.  I assured him his secret was safe with me.

Only it wasn’t because I am notoriously bad at keeping secrets. So I almost immediately began causing him pain and embarrassment.  He was good about dealing with all the problems my big mouth created.  Suffice it say he didn’t remain in the closet long once he shared in confidence with me.  I apologize for that.  Then, within a decade, he let me know he had tested positive for HIV.

In those early days, AIDS was a death sentence.  For newly infected and on treatment, today, it is more of a chronic condition.  But 37 million people have died from it and a million more are still dying every year.  Every minute of every day two people die from AIDS.

Back when Bill got infected, people knew the primary pathway was same-sex sex.  Discrimination and stigma became the norm.  They still are, but to a somewhat lesser extent. Without hope of survival, many of those who suspected they might be infected decided not to find out. Brother Bill was one of those. By the time he got tested, Bill had full blown AIDS.  His doctor told him he only had two years to live.

The closest my Asperger’s Syndrome has ever allowed me to get to empathy was on his fortieth birthday in New York. I met him at a high-end cocktail lounge he frequented. I had on one of my three-year old daughter’s fake diamond stud earrings as a joke.

“You asshole,” he blurted as soon as he saw me. “You knew I’ve been wanting one of those and so you had to get one first.”  I let him stew in it for a while.  Then I pulled the paste-on earring off.

A few martinis later I watched as a tattoo parlor artist put a hole through Bill’s lower ear. The guy said Bill had bought both earrings, and he’d be happy to pierce my ear for free.  At that moment, it seemed like a pretty good idea.

I hardly noticed Bill’s blood on the needle…but there was hell to pay when Nancy found out. We checked the internet and found out that she was right about a shared needle as a viable pathway. She cut me off from unprotected sex until I tested clean for HIV.  That night, I realized for the first time what Bill’s death sentence meant to him.  I felt tears run down my cheek.  But then it probably wasn’t empathy. It is more likely I was crying for myself.

It has now been thirty years since the doctor told Bill he had two more years to live.  His partner, Bob, died of AIDS twenty years ago.  But Bill is in the tiny group called ‘those the longest surviving with AIDS’.    He remains hale and hearty to this day. 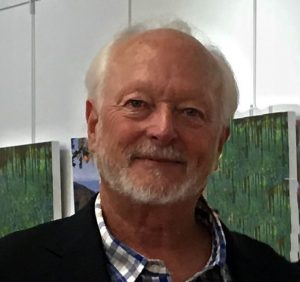